How I landed my dream job 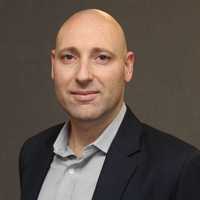 Find me on:
LinkedIn

While enrolled at the Kellogg Schulich EMBA program I began looking for new career opportunities. Maximizing the global network was one of the reason I joined the program in the first place, and I was going to make the best out of every opportunity. As a current student, I received an invite to the 3rd alumni gala in November 2015. It was tempting to decline at first, because I wasn’t yet an alumnus and was worried that I wouldn’t know anyone there. But, I knew how powerful networking could be for EMBAs, so I took the plunge and accepted the invitation.

I wasn’t as alone as I expected. Other classmates in the program attended too. I wanted to make sure I mingled with the people I didn’t know to make the most of the networking opportunity while I was there. One of the key tactics in networking is to force yourself to sit with people you don’t already know. It is not comfortable but it does serve the purpose of getting to know others. At the gala, I intentionally choose not to sit with my classmates at their table, but instead to mingle with other alumni.

At the buffet, I met an alumnus two cohorts (KS12) above me at Kellogg Schulich program. We sat together and chatted over dinner. It turned out we worked in adjacent industries and we realized we had common topics to discuss and saw common technology trends. I took his business card and promised to call. While networking, another important tactic is to follow up. People are busy, especially executives, and emails can be pushed to the bottom of the pile, that is why following up and meeting for an informal chat in person or a phone call is very important. It sets the stage to create a relationship where someone can show his experience and capabilities and truly make an impression. I followed up with the other alumnus over email, and it took awhile, but we did manage to schedule a time to meet for coffee. I drove 30 minutes to meet close to his workplace because I knew it was important to have a face-to-face meeting.

Three weeks later we had coffee together. We talked about current careers, the future possibilities in his industry, and the technology market in general. During the meeting I mentioned my interests and some of my experience but didn’t ask for a job. It was very much focused on possibilities. After the meeting we stayed in touch over the holidays.

Two months after we met at the gala, I got a call with news about a job role he thought I should apply for. It was for a new Innovation Lab my contact was sponsoring at Just Energy Group, and a role I wouldn’t have heard about through normal channels.

I went through the normal HR process of job interviews and delivering a case study, then was offered the full-time role. Without attending the gala and networking like I did, I wouldn’t have been able to take on such a fantastic executive opportunity.